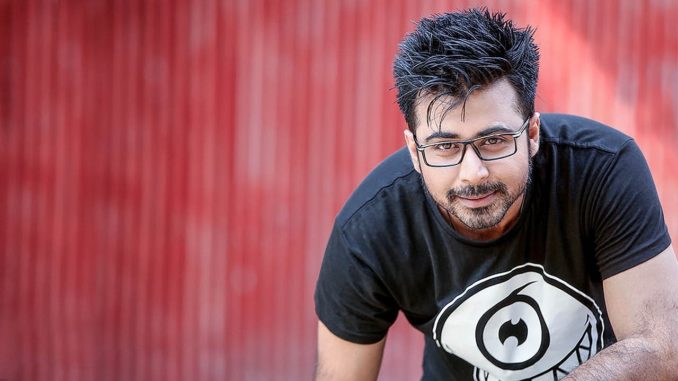 Ahammed Fazle Rabbi, widely known as Afran Nisho, is a Bangladeshi model and television actor. He has performed in more than 300 telefilms and serials since 2005 and has won the critics’ choice “Best Actor” at the 2016 Meril Prothom Alo Awards for his role in the TV drama Jog Biyog and also in 2019. Wikipedia

Afran Nisho is a popular Bangladesh model and actor who already has appeared in more than 300 telefilms and TV series. He is widely notable for his acting performance in the TV drama Jog Biyog for this drama he is awarded Meril Prothom Alo Awards. In fact, Nisho draws the huge attention of the young generation across the country after being cast in the drama ‘Appointment Letter’.

Afran Nisho Early Life & Education:
Afran Nisho was born on December 8, 1988, in Sharon, Bhuapur, Tangail, Bangladesh. He was so much passionate about media arena from early childhood and attentive in the study. Nisho studied at Dhanmondi Government Boys School. Then he completed his higher secondary school certificate (HSC) from Dhaka College. He also enrolled at East West University.

Afran Nisho Career:
Afran Nisho kicked off the journey in the showbiz industry with modeling in 2003 appearing a television commercial for ‘Zini Jinjer’. In 2008, he made his acting debut with the drama ‘Sukher Asukh’. In fact, he showed off a terrible acting performance in the drama ‘Jog Biyog’. Nisho also notable for his acting performance in the dramas ‘Chirkut’, ‘No Answer’, ‘Ural Prem’, and ‘Red Ros’. Furthermore, Nisho raised his fame extensively when appeared in the drama ‘Appointment Letter’ with Mehjabin Chowdhury.

Personal Life:
Afran Nisho married Trisha under family arrangement after more than 14 years courtship in May 2011. Together the couple has a son named Nyrvaan born in 2014 almost three and half years later.