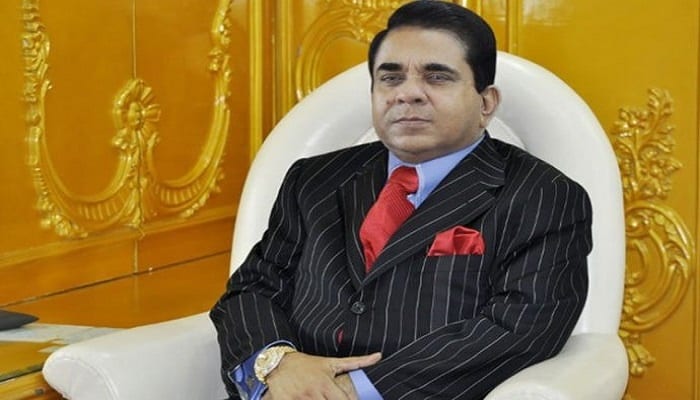 Moosa Bin Shamsher is a Bangladeshi businessman and the chairman and CEO of DATCO Group. Wikipedia

Moosa Bin Shamsher, one of the most discussed name at present around Bangladesh for his exceptional lifestyle. Prince Mossa is regarded as the richest person of Bangladesh in history ever with $12 billion net worth. Moosa comes to limelight around the country when Anti-Corruption Commission of Bangladesh called him in accused by money laundering. Internationally, he got media attention when offered 5 million pounds donation for Labor Party’s campaign on behalf of Tony Blair in UK’s 1997 general elections.

Prince Mossa Early Life and Education:
Moosa Bin Shamsher was born on October 15, 1945, in Faridpur, Bangladesh in a renowned Muslim family. His father Shamsher Ali Molla was a first class officer of British Indian government. Moosa was a tremendous brilliant student from early life who showed unmatchable intellect during college life at Faridpur Rajendra College. Prince Mossa studied at California State University and received Ph.D. in economics from this university. Moosa was passionate with literature and cultural field and won an all Pakistan Inter School English Debate Competition. During Liberation War, he also arrested by Pakistani Army. Almost half-dead Moosa came out from military custody and admitted Faridpur Sadar Hospital. After Liberation War, he contributed in the economic development of war-torn Bangladesh.

Prince Mossa Business Career:
Moosa Bin Shamsher started career journey at very young age. Moosa is the business tycoon of Bangladesh who established DATCO, manpower exporting company at first, after Liberation War. He is the icon of manpower exporting business of Bangladesh but later, he devoted himself into weapons business that makes him a billionaire. From international arms business, he made more than $10 by selling tanks, fighter planes and other various kinds of arms. The famous magazine of London Sunday Telegraph published a report on Moosa Bin Shamsher titled ‘Man with the Golden Guns’ in 1998. He is best known as Prince Moosa in the western world for his outstanding fashion and high-quality desperateness. Prince Mossa again becomes highlighted when the allegation arouses against Moosa that he 7 billion dollars stashed away at Swiss Bank.

The second one, Booby Hajjaj is an oxford scholar who completed Graduation from the University of Texas and received MBA degree from Oxford University. Booby was a lecturer at North South University and special adviser of Hussain Muhammad Ershad. He married to Rashna Imam. Booby Hajjaj was an independent mayoral candidate for Dhaka North Corporation Election in 2015.

The third one, Jobi Ajjat Bin Moosa is successful Barrister who completed Gradation as Barrister from Lincolns Inn. Jobi received a under-graduate law degree from the University of Wolverhampton. He married to Sumi Nasrin.

Moosa Pen Watch Ring and Dress:
Moosa Bin Shamsher is best discussed for a luxurious pen by which he signs. This pen is made by 24 carats golden in cost $10 million. There are 75000 diamond pieces in this pen and the making company only makes the single pen for him, there is no other version of this pen in the world. The precious pen is stored in the bolt of Swiss Bank with doest guard. In needed the pen is taken to a certain place and brought back again with the highest protection.

Prince Moosa uses a watch of Rolex, a famous watch making company. The watch is made in cost $5 million and over the 27 months. Moosa uses a ring of worth $1million. He uses various world class suits that price is 5-6 thousand pounds. Moosa is never seen in the same suit for twice.